CNIT (Consorzio Nazionale Interuniversitario per le Telecomunicazioni) is a non-profit Consortium, bringing together 37 Italian Universities to foster research activity in the field of telecommunications. CNIT has participated in hundreds of research projects, including EU coordinated projects, ERC grants and Italian nation-wide initiatives. It operates a satellite network, three national laboratories (Photonic Networks and Radar & Surveillance Systems, in Pisa, Multimedia Communications, in Naples) and 37 Research Units, one for each participating university. CNIT’s contribution to BONVOYAGE will be managed by the networking group of Università di Roma – Tor Vergata.
Overall, this group has a large expertise in EU projects, and played an active role in standardization, in fora such as IETF, IRTF, ITU, OASIS and WWRF. The three faculties of the group have been evaluators for many EU research proposals and projects; they coordinated 7 EU projects worth 35M€, obtaining grants for their group worth 6.5 M€; their work has been cited about 15000 times as of today.
In addition, the CNIT team in BONVOYAGE includes faculties from Politecnico of Bari (with expertise on ICT issues) and from University Sapienza of Roma (with expertise on transport engineering issues) 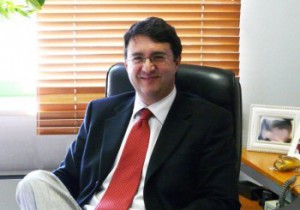 Nicola Blefari-Melazzi is Full Professor of Telecommunications at the University of Rome “Tor Vergata”, Italy. He is the Director of the Department of Electronic Engineering. Dr. Blefari-Melazzi has participated in over 20 international projects and is or has been the coordinator of three EU-funded projects. He has been an evaluator for many research proposals (both in the 6th and in the 7th EU FPs) and has been a reviewer for numerous EU and ITEA sponsored projects. He is author/co-author of about 160 papers, in international journals and conference proceedings. His research interests lie mainly in the performance evaluation, design and control of telecommunications networks. 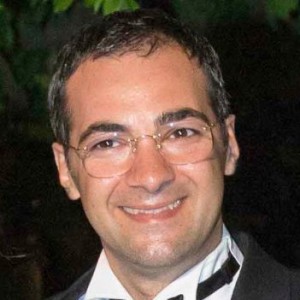 Luigi Alfredo Grieco is Associated Professor at Politectico di Bari. He received the Dr. Eng. degree (with honors) in electronic engineering from “Politecnico di Bari,” Bari, Italy, in October 1999 and the Ph.D. degree in information engineering from “Università di Lecce,” Lecce, Italy, on December 2003. From January 2005 to October 2014, he held an Assistant Professor position (Tenured in 2008) at the “Dipartimento di Ingegneria Elettrica e dell’Informazione, Politecnico di Bari”. From March to June 2009, he has been a Visiting Researcher with INRIA (Planete Project, Sophia Antipolis, France), working on the topic of Internet measurements. From October to November 2013, he has been a Visiting Researcher with LAAS-CNRS (Toulouse, France) working on Information Centric Networking design of M2M systems. From November 2014, he holds an Associate Professor position in Telecommunications at Politecnico di Bari (DEI). He has authored more than 100 scientific papers published in international journals and conference proceedings of great renown that gained more than 2000 citations. His main research interests include congestion control in packet-switching networks, quality of service in wireless networks, Internet multimedia applications, Internet of Things, Information Centric Networking, and Internet measurements. He serves as editor of the IEEE Transactions on Vehicular Technology (for which he has been awarded as top associate editor in 2012) and as Executive Editor of the Transactions on Emerging Telecommunications Technologies (Wiley). He has been constantly involved as member of the Technical Program Comittees of many prestigious IEEE conferences. Within the Internet Engineering Task Force (Internet Research Task Force), he is contributing (as author of RFC 7554) new standard protocols for industrial IoT applications based on the IEEE 802.15.4e Time Slotted Channel Hopping (new standard architectures for tomorrow ICN-IoT systems). 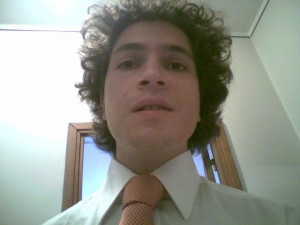 Giuseppe Tropea received his Laurea Degree in Informatics Engineering (spec. Computer Systems) from University of Catania, Italy, in October 2002. Since 2006 he is with Consorzio Nazionale Inter-universitario per le Telecomunicazioni (CNIT), within the DISCREET, MOMENT, CONVERGENCE and GreenICN European projects, dealing with privacy protection in digital services and obfuscation of sensible IP traffic data, distributed middleware eco-systems, and advanced networking architectures such as Information Centric Networks and Software Defined Networking. He is active in MPEG and ETSI. His research interests include routing protocols, neural networks, software modelling, semantic ontologies and natural language parsers, as well as GIS applications.

Giuseppe Piro is a postdoctoral researcher at Politecnico di Bari, Italy. He received a ﬁrst level degree and a second level degree (both cum laude) in telecommunications engineering from “Politecnico di Bari”, Italy, in 2006 and 2008, respectively. He received the Ph.D. degree in electronic engineering from ”Politecnico di Bari”, Italy, on March 2012.
Giuseppe Piro has been a visiting student at INRIA – Sophia Antipolis (FR) in June 2009 and November 2009. Moreover, he got the following awards: IEEE TVT 2012 Top Reviewer Award; Best Paper Award Francesco Carassa 2012 at the Italian GTTI 2012 annual meeting; First classified at Working Capital Tour in 2010; Best Student Paper at Simutools 2010.
His main research interests include quality of service in wireless networks, network simulation tools, 4G cellular systems, Information Centric Networking, nano communications, and Internet of Things.
Piro founded both LTE-Sim and NANO-SIM projects and is a developer of Network Simulator 3. He is also participating to standardization activities in IETF 6tisch and IEEE P1906.1 working groups.
He is involved in European and National projects, that are H2020 Bonvoyage, H2020 Fantastic-5G, PON RES NOVAE. In the past, he has been involved in other projects, like Google Summer of Code 2010, COST Action IC0703, PON ERMES, and PS 121. 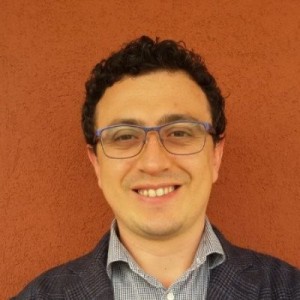 Elvis Vogli was born in Tirana (TR), Albania, on 7 May 1983. He graduated in his master degree (cum laude) in telecommunications engineering from “Politecnico di Bari”, Bari, Italy, in 2012. In 2013 he graduated in MBA – Management of Information Systems (MIS) form the Institut Universitaire Kurt Bösch (IUKB), Sion, Switzerland.
Since January 2013 he is a Ph.D. Student in Telecommunications Engineering at “Politecnico di Bari”. In September 2013 he participated at the Ph.D. summer School organized from university of Parma on “Internet of Things and Smart Cities” at Lerici (SP), Italy. From May 2014 to December 2014 he has been visiting student at the LAAS-CNRS in Toulouse, France where he has worked on interoperability of 6LoWPAN networks in M2M systems.
He is also reviewer in many Journals and Conferences and his research interest include Internet of Things (IoT) protocols and architectures for industrial applications, Information Centric Networking (ICN) and protocols for Machine to Machine (M2M) communications. 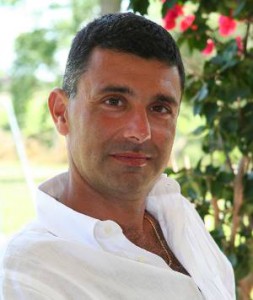 Andrea Detti (PhD) is an assistant professor of the Department of Electronic Engineering of the University of Rome “Tor Vergata”. The research activity of Andrea Detti spans on different topics in the area of computer networks and copes with framework design, analytical modeling, performance evaluation through simulation and test-bed. He is co-author of more than 50 papers on journals and conference proceedings, mainly regarding information-centric, software-defined, overlay, wireless and optical networks. Currently sis the research area is focused on information-centric (or data-centric, content-centric) network (ICN), software defined networks (SDN). Andrea Detti has worked and works on the several competitive international projects. Some of them are:
EU-JP FP7 2013/2015 GreenICN (energy efficient ICN), EU FP7 2013/2015 CONFINE (ICN and SDN over Wireless Community Networks), EU FP7 2012/2013 OFELIA (ICN over SDN), FP7 2010/2013 CONVERGENCE (pub-sub ICN), etc.