CRAT (Consortium for Research in Automation and Telecommunication) is a no-profit research consortium including the University of Rome “La Sapienza”, Thales Alenia Space and Space Engineering. The project will be totally in charge of the research group of the University of Rome “La Sapienza” coordinated by Prof. Francesco Delli Priscoli. The University of Rome “La Sapienza” is the biggest university of the city and hosts several faculties, which, in turn, are organized in departments including some research groups. The University of Rome “La Sapienza” research group, which will participate to the project, mainly involves people belonging to the Network Control Laboratory and to the Economics of Technology, Industrial Organization and Management (ETIOM) group, both afferent to the Department of Computer, Control and Management Engineering (DIAG) of the Faculty of Engineering. Such research group has an huge experience in the framework of projects financed by the European Union (31 projects), as well as several profitable co-operations with major industries. CRAT is currently working in the following projects: (i) SMARTV2G (Smart Vehicle to Grid Interface) and MOBINCITY (Smart Mobility in Smart City) projects, with respect to multi-objective optimization algorithms applied to inter-modal transport; (ii) PLATINO (PLATform for INnOvative services in future internet) project, focusing on advanced User Profiling techniques, using machine learning methodologies; (iii) SWIPE (Space WIreless sensor networks for Planetary Exploration) project, with respect to resource management in hybrid MANET/satellite networks, covering advanced routing and data exchange; (iv) T-NOVA () project, focusing on the design of part of the SDN Control Plane, and a resource allocation algorithm. 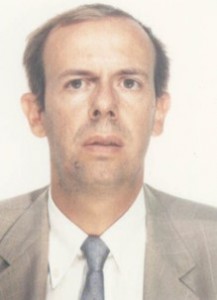 Francesco Delli Priscoli was born in Rome in 1962. He graduated in Electronic Engineering “summa cum laude” from the University of Rome “La Sapienza” in 1986. He received the Ph.D. in system engineering from the University of Rome “La Sapienza” in 1991. From 1986 to 1991 he worked in the “Studies and Experimentation” Department of Telespazio (Rome). Since 1991 he is working at the University of Rome “La Sapienza” where, at present, he is Full Professor and holds the courses “Automatic Controls” and “Network Control and Management I and II”.
In the framework of his activity, he has mainly researched on resource/service/content management procedures and on cognitive techniques for telecommunication and energy networks, by largely adopting control based methodologies.
He is the author of about 180 papers appeared on major international reviews (about 60), on books (about 10) and conferences (about 110) and of four patents. He is an associate editor of Control Engineering Practice and a member of the IFAC Technical Committee on “Networked Systems”.
He was/is the scientific responsible, at the University of Rome “La Sapienza”, for 31 projects financed by the European Union (Fourth, Fifth, Sixth and Seventh Framework Programmes) or by the European Space Agency (ESA), as well as for many national projects and co-operations with major industries.
His present research interests concern closed-loop multi-agent learning techniques for Quality of Experience (QoE) evaluation and QoE assurance in advanced communication and energy networks, as well as all related networking algorithms.

Antonio Pietrabissa is Assistant Professor with the Department of Computer, Control, and Management Engineering Antonio Ruberti (DIAG) of the University of Rome “Sapienza”, where he received his Master degree in Electronic Engineering and his Ph.D. degree in System Engineering in 2000 and 2004, respectively, and where, since 2010, he holds the course “Foundations of Systems Theory”. Since 2000, he works with the DIAG’s Network Laboratory (LabReti), where he works in National and European projects on ICT. Since 2007, he is member of the Scientific and Technical Committee of the Consortium for the Research in Automation and Telecommunication (CRAT).His main research focus is the application of system and control theory methodologies to the analysis and control of communication networks. He is author of more than 60 papers and book chapters on these topics. Other topics of interest are in the vehicle routing and electric vehicle recharging problems. Most of the mentioned researches are funded by research projects. Since 2000, he participated in 12 research projects (4 still on-going) funded by the European Union (EU), 2 projects funded by the European Space Agency (ESA), 2 projects funded by the Italian Space Agency (ASI), and 3 projects  (2 still on-going) funded by the Italian Ministry of Education, Universities and Research (MIUR). Currently, he works on the EU projects FI-WARE, on Future Internet, MOBINCITY, on electric vehicle routing, SWIPE, on hybrid satellite/terrestrial WiFi networks, and T-NOVA, on software-defined networks, and on the National projects PLATINO, on Future Internet, and DAAS, on communication in ATEX zones. He is the scientific responsible for SWIPE, T-NOVA and DAAS, and is the technical coordinator of DAAS. 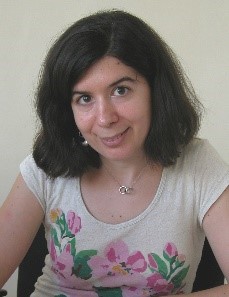 Silvia Canale, engineer in computer science, PhD in operations research, is assistant researcher at the University of Rome “La Sapienza”. Her main research interests are mathematical programming, combinatorial optimization, supervised and unsupervised machine learning and data mining. She is currently involved in both Italian and European Research Programmes whose the main focus is the development of personalized solutions for user profiling and for the automatic identification of the quality perceived by users with respect to different services and products at the aim of improving the offered quality for a huge amount of heterogeneous services and products. 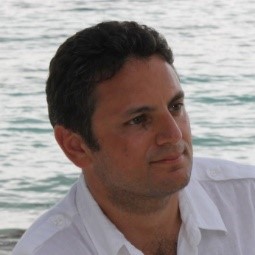 Pierfrancesco Reverberi. Born in Rome, Italy, on October 5, 1968. He is Associate Professor in Management Engineering, Sapienza Università di Roma (since 2005). He is Member of Scientific Board, PhD program “Industrial and Management Engineering”, Sapienza University of Rome. He is Member of Advisory Board, Fondazione Ugo Bordoni (FUB), research institution in the field of ICT under the supervision of the Italian Ministry of Economic Development. He is Member of Executive Committee, Italian Association in Management Engineering (AiIG). He is, or has been Member of European Association for Research in Industrial Economics (EARIE) and of European Economic Association (EEA). He has a Laurea degree in Statistics and Economics (110/110), Sapienza University of Rome. He has a PhD in Management Engineering, Università di Roma “Tor Vergata”. His research interests are on Industrial organization, Economics and regulation of telecommunications, Transport economics and policy, International economics. He has published several papers in relevant international journals. Research results have been presented annually in several national and international conferences. He teaches Industrial organization (since 1999–2000) and Economics of network industries (since 2008–2009) at Sapienza Università di Roma. He has worked mainly as a local unit member, and sometimes as principal investigator, in several research projects funded by grants from firms and institutions such as, among others:

He has been economic expert adviser on competition and regulation issues in telecommunications, for firms and institutions such as: Italian Government, Wind Telecomunicazioni SpA, Tiscali Italia SpA and AIIP (Associazione Italiana Internet Providers). 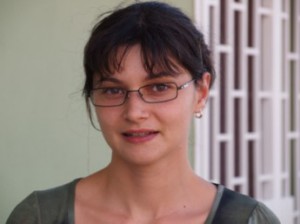 Martina Panfili graduated in Control Engineering with Master degree with 110/110 in July 2010 at the University of Rome ‘‘Sapienza’’. In March 2014 she took her PhD in Systems Engineering at University of Rome “Sapienza” Since 2010, he works with the DIAG’s Network Laboratory (LabReti), where he works in National and European projects on ICT.
The main objective of the research is the use of advanced control and optimization (with particular reference to Markov processes) in the following areas: Network Resource management and Future Internet, in particular, using Reiforcement Learning tecnique, game theory and Markov Decision Process, development of Connection Adimission Control Algorithms, QoS and QoE Control Algorithm and resource allocation in multi-cloud environment; Collaboration in European projects of the Sixth and Seventh Framework Programme: EuQoS (End-to-end Quality of Service Support over Heterogeneous Networks), MONET (Mechanisms for Optimization of hybrid ad-hoc and satellite NETworks), DLC-VIT4IP (Distribution Line Carrier: Verification, Integration and Test of PLC Technologies and IP Communication for Utilities), nShield (Security for Embedded Systems), MOBINCITY (smart MOBIlity IN smart CITY) and T-NOVA (Network Functions as-a-Service over Virtualised Infrastructures). Collaboration in national project (PON), PLATINO (PLATform for INnOvative services in future internet).

Tiziana D’alfonso. Born in Popoli, Italy, on March 30, 1984. She is a Post Doc Fellow in Management Engineering, Sapienza Università di Roma, Department of Computer Control and Management Engineering Antonio Ruberti (since 2013). She is a member of the Executive Committee of the Master in Management of Local Public Transport, Sapienza University of Rome. She is a member of Italian Association in Management Engineering (AiIG), International Transport Economic Association (ITEA) and Air Transport Research Society (ATRS). She also collaborates with ICCSAI – International Center for Competitive Studies in the Aviation Industry.
She has a Laurea degree in Management Engineering (110/110 cum laudae), Sapienza University of Rome and a PhD in Economics and Management of Technology, Università degli Studi di Bergamo. She visited the CTS-Center for Transportation Studies, University of British Columbia, Vancouver (2011;2014). Awards include the TEE Mobility Fellowship–Transatlantic Partnership for Excellence in Engineering, funded by the European Commission for the project “The environmental impact of Air Passenger Transport – High Speed Rail services substitution”.
Her research interests are on industrial organization, economics and regulation of network industry, transport economics and policy with a particular focus on air transport, rail transport and local public transport. She has published several papers in relevant international journals. Research results have been presented annually in several national and international conferences.
She teaches Business Economics (since 2013) and carries on the Laboratory in Management Engineering (since 2012) at Sapienza Università di Roma.
She has worked mainly as a local unit member, and sometimes as principal investigator, in several research projects funded by grants from firms and institutions such as, among others:
– European Union: BONVOYAGE (From Bilbao to Oslo, intermodal mobility solutions and interfaces for people and goods, supported by an innovative communication network);
– Sapienza Università di Roma: “Airlines-High Speed Rail cooperation and competition” (PI), “An incentive pricing mechanism for efficient airport slot allocation”;
– ANAV-National Association for Road Transport and Travelers: “The estimation of standard costs of local public transport system”;
– Contram mobilità: “The estimation of standard costs of local public transport in the Province of Macerata”;
– MIUR – Ministero dell’Istruzione, dell’Università e della Ricerca: “Il modello Miur-Scuola per la distribuzione dell’organico docente tra le Regioni”;
– ATO – Ambito Territoriale Ottimale, Province of Bergamo: “The estimation of standard costs of water service in Italy”;
– ENAC – National Association for Civil Aviation “Promoting program contracts for Italian airports transposing the European directive 2009/12/CE for tariffs”;
– Air Italy “A feasibility study for the opening of a route from Milan Malpensa to Los Angeles”. 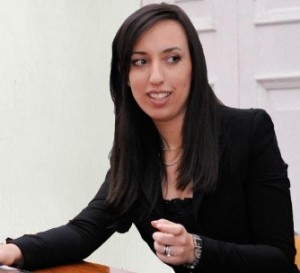 Valentina Bracaglia was born in Italy in 1988. She received a Master Degree cum laude in Management Engineering from Sapienza University of Rome in 2012. She is currently a Ph.D. student in Control and Operations Research at Sapienza University of Rome. Her research interests include transport economics, with a particular focus on the air transport industry and the intermodality between air transport and high-speed rail, and economics and regulation of the electricity power sector. She has been collaborating with the Center for Transportation Studies of the University of British Columbia, the Massachusetts Institute of Technology Energy Initiative and the Institute for Research in Technology of Universidad Pontificia Comillas.

Lorenzo Ricciardi Celsi was born in Rome in 1990. He received the B.S. degree in Electronics Engineering in 2011 and the M.S. degree in Control Engineering in 2014, both “summa cum laude” from the University of Rome “La Sapienza.” He is currently a PhD Candidate in “Automatica, Bioengineering and Operations Research” at the same university.
He has been working on reinforcement learning algorithms within the framework of the FP7 project T-NOVA and the MIUR project PLATINO. He co-authored 4 academic papers which will be published in conference proceedings (MICNON 2015, MED 2015, EuCNC 2015, and the Chinese Control Conference 2015).
His main research interests are: (i) nonlinear systems and control in general, (ii) advanced control methodologies for multi-agent systems (such as reinforcement learning for autonomous decision making in multi-agent scenarios) as well as (iii) machine learning algorithms and methods in big data analytics.