This page shows the complete Roadmap of BONVOYAGE, reporting also results achieved as of now. 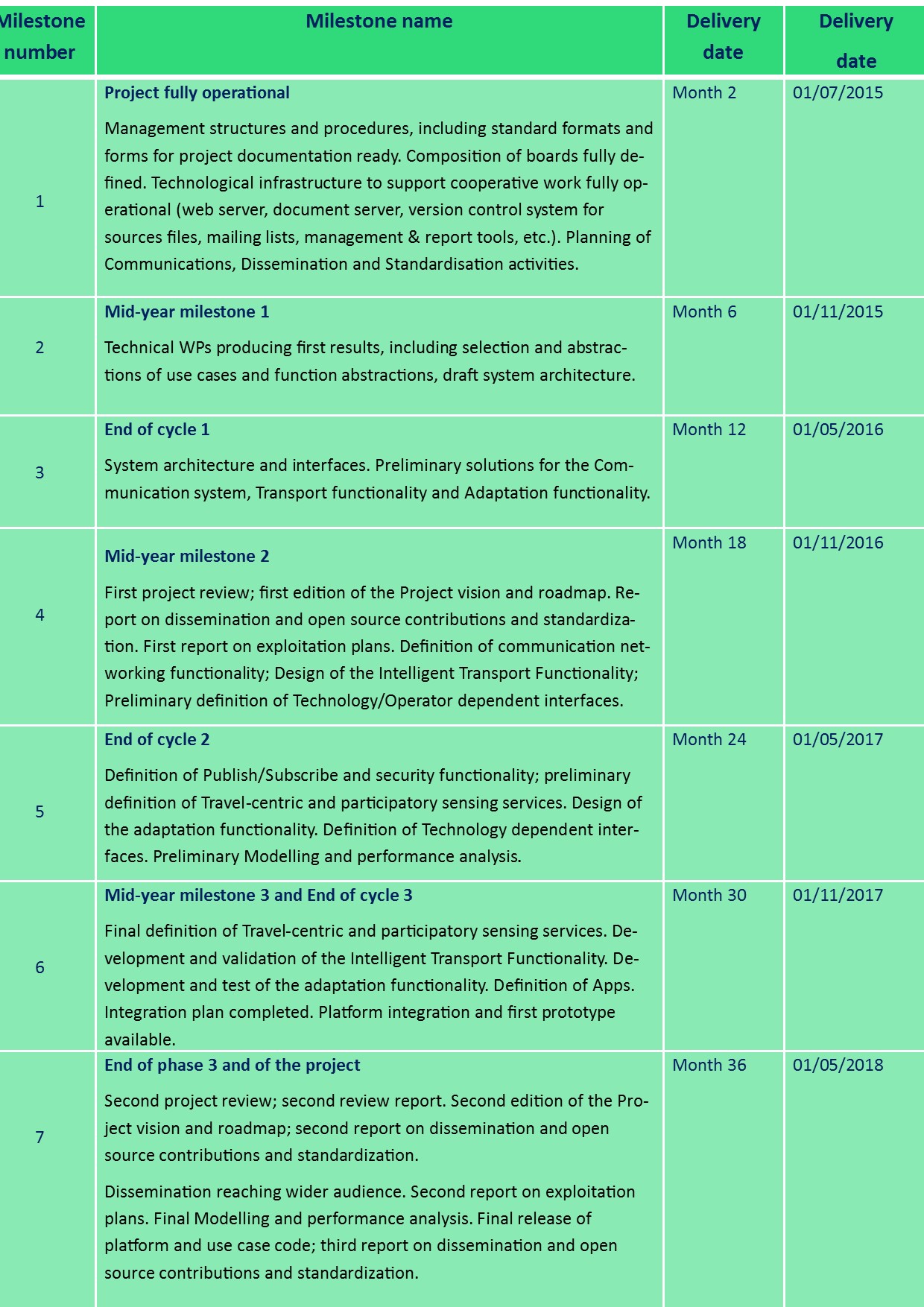